I know for some of my friends who live on the other side of the world, 2016 has been kind of a let down, realizing they can now look forward in having an Oompa-Loompa as president for the next four years.  Not that our turtle is any better at being president.  Most of us would agree that things went from strange to total bat-shit crazy during the past year.  This reality required some internal reflection from yours truly.

Truth be told, 2016 wasn’t really that bad as I still have a lot of things to be grateful for.  It’s important to look back before one can go forward. It’s the only way to get out of a parking.

During the past year… END_OF_DOCUMENT_TOKEN_TO_BE_REPLACED

I’m back from my two weeks of bliss, but decided to restrain myself and not rub the awesomeness in the faces of those less fortunate than me. And with “those” I’m referring to the residents of countries in the grip of winter.

Moving on to more pressing matters.

The new year arrived last night with a big bang.  It’s probably more accurate to say it was a series of big bangs. Enough to convince me there was a give-away of fireworks so that we can all celebrate the turning of the hourglass with a re-enactment of the battle of Gettysberg.  Or D-day.  (I’ve included these references as the Battle of Bloedrivier would mean nothing to my non-South African followers.)  Just imagine a cacophony of a million loud and incredibly close displays of colour that goes off randomly.  And a whole neighbourhood of canine citizens going ballistic.

2014 is no more.  It’s done and dusted.  It had a few twitches in the last minutes but eventually it became still.  Only to be bombarded with the birth of a new year. And due to the fact that I’ve already transgressed on one of my resolutions, which was to be a better neighbour, I decided to flip the tables and draft a list of new years resolutions of things I do NOT want to achieve during 2015.  Call it my anti-resolutions.  A fucket list.  It’s easier to commit to things you don’t want to do.

1. I do NOT want to gain any more weight.  The wife is already illegally married to 20 kg of me, which is actually great, as I’m great.  So she’s fortunate to be surrounded by more greatness.  Besides, being forty implies that the human metabolism becomes a myth and weight you add by consuming wine, red meat and pasta dishes tend to stay for longer periods of time.  Who am I kidding?  They take permanent residence and you can never really get rid of the damn squatters.  (Unless you do some squats yourself.)

2. I do NOT want to have any more kids.  Calm down people, I love mine. My own.  The ones I had since birth.  The ones where the wife taught me patience and understanding and taught them not to wet themselves.  This holiday proved that I have lost that ability to communicate with very small human beings.  And I don’t mean midgets, I mean toddlers.  Now we just look at each other and they drool and I try not to.

3. I do NOT want to sky-dive or bungy jump or do anything that would put my life under unnecessary or serious risk.  I don’t intend to cause myself any bodily harm because it hurts when that happens.  Besides I love myself too much and the Wife will kill me if I do.

4. I do NOT want to stop blogging.  It might be obvious but you have to understand if I ever did stop, (may I get paper cuts on all ten fingers if that happens)  it would imply that I would need to get a life.  A real one which might result in an actual confrontation with humans, having to do actual work when I’m at work or even stranger things, like having to put on some pants now.

5. I do NOT want to cry in public when I’m watching movies like ET or Big Hero Six or Toy Story 1,2 and 3.  (Who am I kidding, that’s never gonna happen…as Disney is just one cruel son of a bitch.)

6. I do NOT want to get another ticket for speeding as that experience shortens my life and gives me a profound insight into my own existence and provides a self-awareness to the fact that I actually do hate certain members of the human population.

7. I do NOT want to catch Ebola for that shit can kill you.  I’m relatively comfortable that I should be safe, as long as I don’t visit certain countries in West Africa, the USA and Britain.

8. I do NOT want to miss another episode of the Big Bang Theory or Game of Thrones.  Both of these series have content that speaks to my soul.  Elements of violence, sex, politics, dragons, Misa, humour, Penny, a few nerd references and a lot of superhero lingo.  Make sense, does it not?

9. I do NOT want to miss one day where I will show my unconditional love for the amazing friend I have, who happens to love me slightly less than I do her.  Who has partnered with me in life and has given me two of the most exhilarating, roller coaster rides I’ve ever had.  Two gifts that keep on giving.  Born from a mutual and undying love.  And most of my genes.

10. I do NOT want to miss one moment of life.  One moment where I embrace it.  May I choose to view every good or bad thing that might happen this year as a lesson in being happier.  May I have opportunities to become a better father to the two creatures living with Wife and I, and who’s slowly turning human and whom I love more than myself.

11. I do NOT want to set the house or myself or any of my family members or friends or specific materials things on fire.  Not that there is any risk of that happening, I don’t have an arson fetish but felt I had to end with something I can easily NOT achieve.  And I ran out of ideas.

Let’s forget the countless issues and problems we faced in 2014, (unless they’re still valid, like bad debt or if you killed someone and are still on the run…) but for the most part, let’s let bygones be bygones.  Let the past remain where it is.  Forgive a few people if you need to.  Slap a few others if you have to.  Shout at the mirror if it will make you feel better.

But let us rather embrace the new year like a boxer in a ring, with our fists raised, gloves on, our feet shoulder width apart and knees slightly bend; ready for attack.  Let’s chase up the stairs like Rocky and raise our arms when we reach the top, then do a very un-masculine little dance on the beat of our own personal anthem. 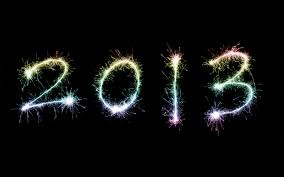 Ok, so it is the last day of this year.  Only a few hours left of the four digits 2-0-1-3.  By the time this is posted, the year might even have completed the exercise of shoving its proverbial head between its proverbial legs and kissed its proverbial ass goodbye; in some countries East of me.

It’s been, well, how can I put it, thankfully over.  No, it was definitely not the worst year of my life, but I’m just reminiscing about the last 365 days and hoping that 2014 will be a year that kick ass. (To much butt references you think?)  Let’s consider a few of the high, low and other random events that occurred in the life of Ah Dad…

I gave birth.  It was easier than I thought.  There was no pain, for that only came later.  I merely channeled the thoughts through my fingers and onto a screen.  Wanted to preserve some of my insanity for my seed.  But it turned into an obsession.  It became much more than  a website where brilliant people meet.  It defined me.  And people liked me.  And some even followed me.  Yes dear bloggers, the bestest thing of 2013 was the creation of this little space on the net.

Other great things include the fact that none of us got killed or sick or maimed in some atrocious way.  All members of the family are accounted for and everyone is alive, healthy and happy, or at least fake it pretty well.  I have great friends so that is pretty awesome.  Oh yes and I started exercising again.  If there is anyone who needs a cover model for a magazine called: “Forty and semi-flabby”, please call me.

The bad, well I try not to focus on this too much, but it does happen to all of us.  We lost three fathers in our community which is REALLY sad.  Every time I pass their houses I feel a emptiness that is sorta weird as we were not even great friends.  Maybe the fatherhood club is a default setting amongst society, uniting all men who raise children.

Work was pretty shit this year, as not all of us can become full time writers.  And this is why I want to throw the lady who wrote “50 Shades of Grey” with a toaster.   I need to get up, put on decent clothes and drive to an office sucking up to customers all across the globe and she can write shit and make millions.  Life is so unfair.  Besides, the Global Economy is still causing prices to plummet and I had to beg and plea more than usual for my sales volumes to stay strong.  It was tough and I had to tighten the screws on the team, up to the point where one of the guys couldn’t take anymore and he resigned.  But my begging and pleading seems to have worked for we made our sales target, everyone worked hard and I consider myself an Oscar nominee in Rambling Bull Shit.

Now as far as the “OMG is this really happening…”

Son finished primary school and is now forced to move on to High school in early January 2013.  Don’t get me wrong, he is very excited, and I couldn’t persuade the school to keep him back for another year.  How did that happen?  Yesterday I was still wiping his nose and his …., fine I won’t write it.  Now he not only dresses himself, he trains me in working my smart phone, listens to rap and plays some kick-ass rugby.  And he’s going to HIGH SCHOOL!!  It’s not that surprising when one consider he has a father who is turning forty…

So to all the bloggers out there, if you’re like me and you’re stealing some time whilst waiting and preparing for the friends to arrive for our own little NYE bash, please remember to not drink and drive, and party on! Or not…

I pray that each one following or reading the awkwardness flooding your screen from this site, will have an amazing 2014.  And please keep on blogging, for I need inspiration and humor in my life!

I love you.  (Ok, maybe that’s the wine talking…)  Anyhow see you next year.

Music, Movie, TV and Pop Culture News for the Mainstream and Underground