If you’re stuck working with people in the same office building and the company who you work for does not provide you with a cafeteria, where a person can escape the daily grind and have a freshly prepared lunch, then this post is for you.  To the rest of you spoiled brats, go ahead and mock us, the disadvantaged individuals.

We are condemned to a reality of having to pack our lunch.  To pre-prepare whatever we want to feed our face with, and bring it along to our place of torture. To satisfy the need to eat with hurried scraps because of the time restriction in the morning, due to you having to dress, shave and dump the used food you ate yesterday.  Not to mention the stuff you have to do to the kids to get them to school on time.  Wife has given up on packing my lunch because I am, in her words, “full of shit.”

This post is teetering in the wrong direction. END_OF_DOCUMENT_TOKEN_TO_BE_REPLACED

“Love, what are we going to do?  The fire destroyed all the food we had.”

Minnie was battling to hold down the tears sparkling in her eyes.  A fragile, concerned mother trying her best to console her youngest, Mickey Jr, who’s been up all night with colic, implying constant crying, which is something you don’t wish on your worst enemy.

“Minnie, I’ve told you I’ll make a plan.  I have found a house, there is plenty of food, standing in a bowl on the floor.  It’s easy pickings.  I think it belongs to their version of Pluto.  I’m going back there again tonight.” 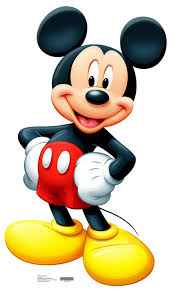 “Are you sure it’s safe?  I won’t make it if something happens to you.  Besides I’m definitely not going to raise all three of your kids on my own.”

“It’s safe, stop worrying.  The inhabitants of the house are oblivious to my nightly scavenging.  Just trust me.”  He was trying his best to hide the anxiety in his voice. END_OF_DOCUMENT_TOKEN_TO_BE_REPLACED

A few weeks ago we went on a cruise.  Me, the wife and our kids and her parents and a few friends and their kids and their parents.  Everyone was there except the president and our dog.  But he missed his grooming session the week before and refused to be seen in public.  So we left him at home.  The dog that is.  We didn’t invite the president.

Courtesy of MSC.. Who knew?

It was a round trip to nowhere, which is NOT an analogy of where my life is at the moment.  It just means you get on a BIG boat, cruise into the sunset, and twenty-four hours later you turn around.  Fun, fun, fun.

END_OF_DOCUMENT_TOKEN_TO_BE_REPLACED 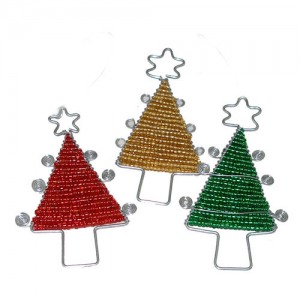 This post would obviously not reflect the lessons already learned, like the true meaning of Christmas, how to wrap a gift that doesn’t come in a box, and the anxiety of a male forced to accompany the wife on a last shopping spree.  (Technically I’m still battling with that last one!  I morph into a mutation of a crying baby, tantrum throwing toddler, slouching teenager and aching geriatric all in one.)

Weird shit I tell ya.

The few things I did learn on this Christmas day would probably be considered common sense, but give me a break for I need to come  up with new material for my blog, which I desperately neglected over the last two/three weeks.

1. I understand why gluttony is considered one of the seven deadly sins.  Because I almost died of the amount of food I consumed over the last two days.  My belly button popped and my stomach was hanging over my knees.  I was constantly uncomfortable, felt slightly guilty, hid my gym membership and just. kept. on. eating.  I’m ashamed.

2. The idea of inviting extended family to join on this day looks great on paper, but you will learn quickly that sharing a portion of the same DNA would be the only thing you’ll have in common with people you see once a year.   You will understand that there is life beyond our blue sky, cause I’ve ask myself numerous times from which fucking planet does all these uncles, aunts and cousins come from.  Awkward moments of silence, watching channels I didn’t know existed on cable and sitting through hours of the MOST boring stories ever conceived by humanity, tempted me in shoving my finger into a pencil sharpener as a reminder that there are things that can hurt more than spending countless hours with a weird extended family.

3. The youngest member of any family will get the most attention.  Fact.  Doesn’t matter what that age might be, it can range from three weeks to 14 years.  Everyone will goo and ga and take photo’s and comment on every action of the said little person.  And those actions will include s(h)itting, playing with a piece of chocolate wrapping paper and talking in some gibberish language, also spoken by adults after too much wine.

The last lesson was actually just a reminder of how amazing this specific fake-tree-fake-snow-too-much-food-holiday actually is.  (At least down here in Africa, where the chance of seeing snow in December would be equal to finding a good Adam Sandler movie.)  It’s a wondrous holiday where we can reminisce in the blessings we receive daily.

It reminded me of how fortunate I am to have a shitload of good food on the table and a SUV full of the weirdest family members, all laughing, sharing, giving, talking, eating.  It’s the one day where normal definitions of dick/dueche/bitch/idiot/annoying doesn’t apply and we accept one another with all our faults and hazzles and just hug and share and love. (It makes it easier when there are some colorful wrapped boxes involved…)

So I trust everyone had a very, merry Christmas.